Hello!!!! You have entered my evil little corner of the internet. I kinda just do whatever I want here, there's no specific theme or purpose to this site, though there's plenty of experimenting with css and html (and some javascript, but I hate writing that shit so not TOO much) lol.

This site is pretty much constantly being updated whenever I get new ideas. I promise nothing <3.

The FATE pages are the same as in the previous site's layout. They're nicer for reading paragraphs, plus I still think the layout is pretty so they'll be staying the same for the foreseeable future.

You're in any way right wing or think human rights are debatable, a centrist, pro-capitalist, a terf, truscum, proshipper, or you like dsmp.


turns the sunlight harsh when the pokemon enters a battle

This Pokemon is a illustration student attending SCAD. He mainly draws character designs/ocs and some fanart, also furries if he's in the mood.

He uses procreate for drawing and atom to code!

He has ADHD so he forgets stuff constantly.

He'd like to travel the U.S in (+ maybe even live in?) a van some day.. He really likes travelling.

I use Procreate w/ an iPad pro and apple pencil to draw, and use CSP for pixel art and editing.

My old username was artmiiraux/amiiraux, so if any of these have that watermark on them, dw that's me lol.

Everything here is SFW (unless you consider blood or kissing NSFW). 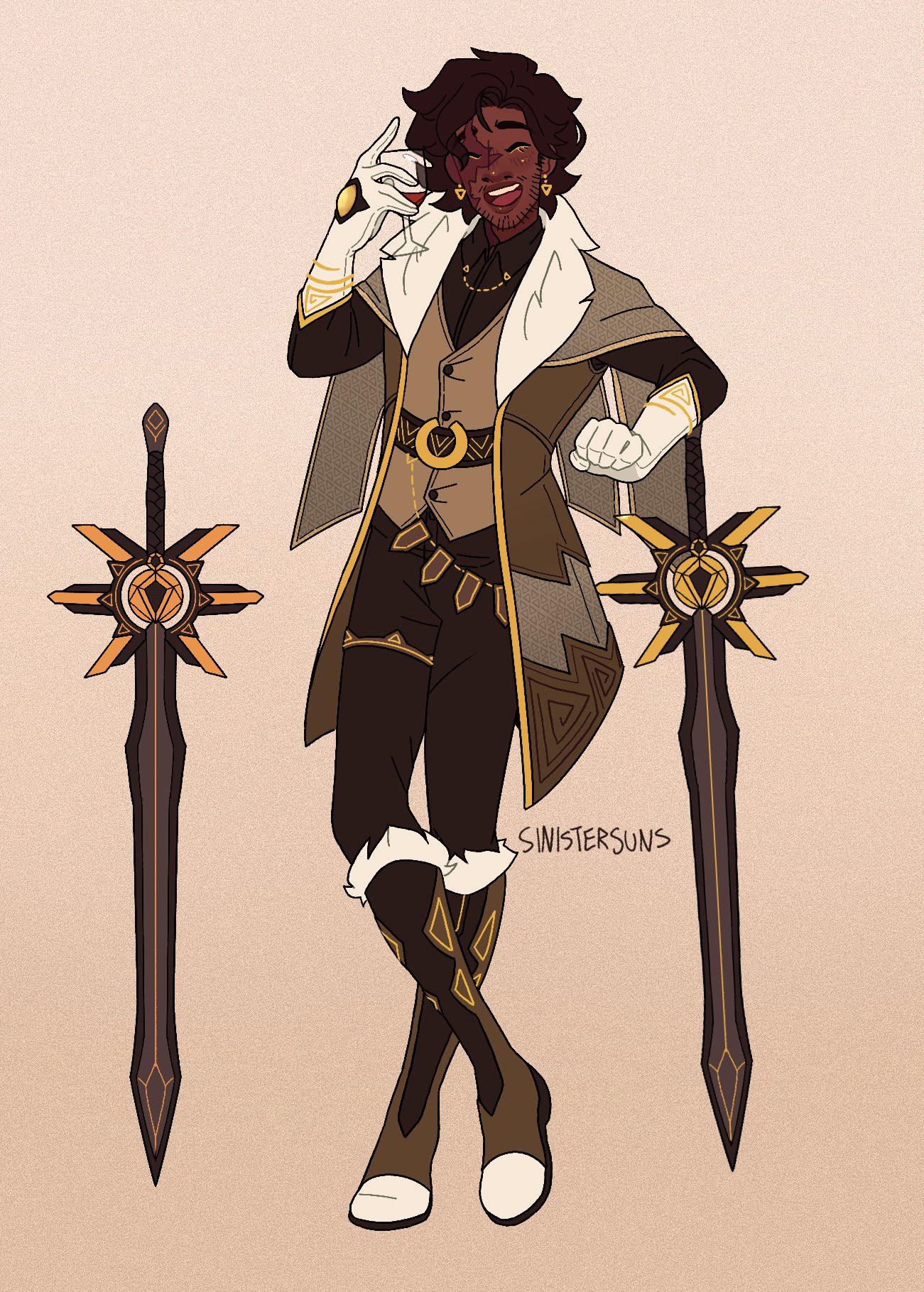 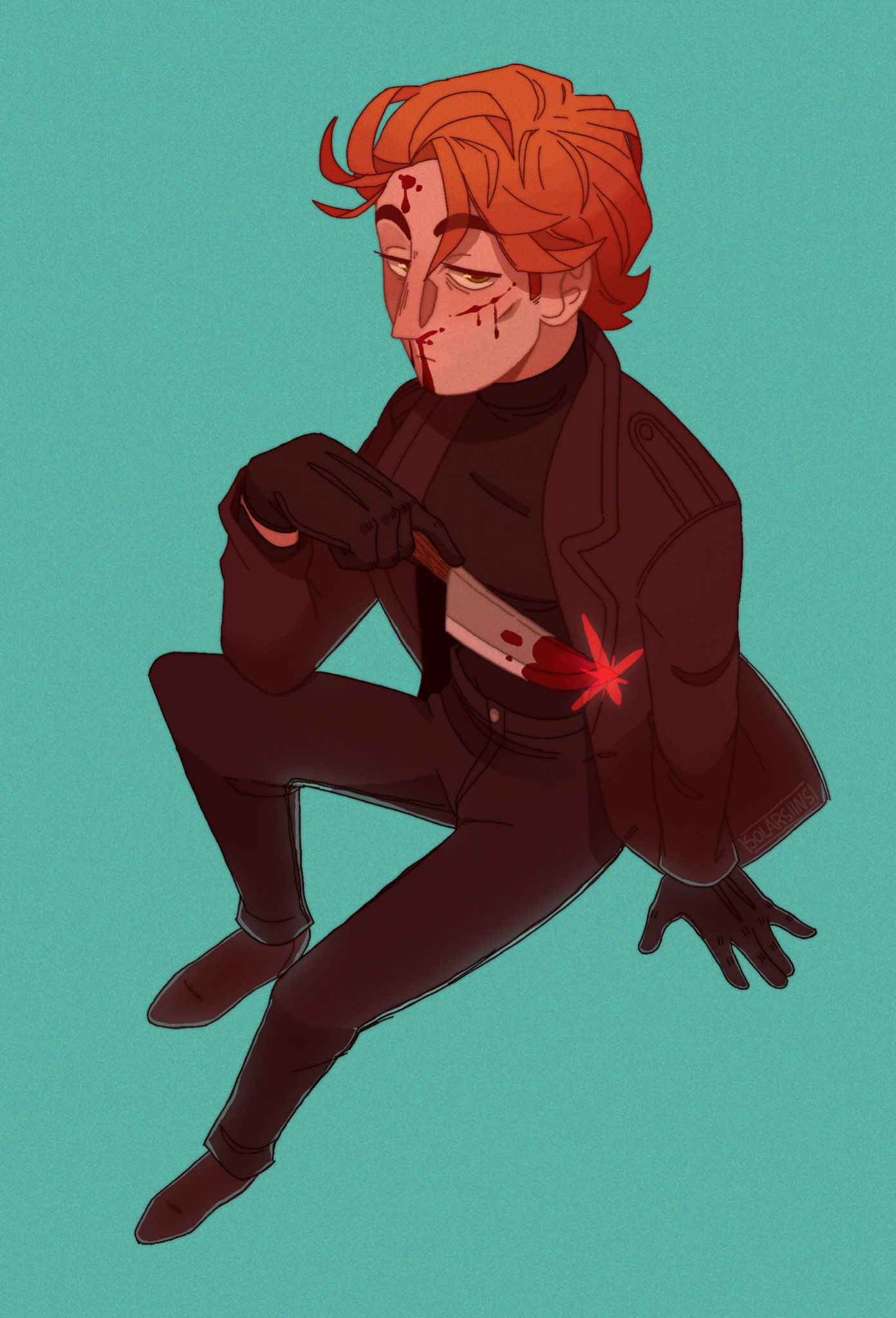 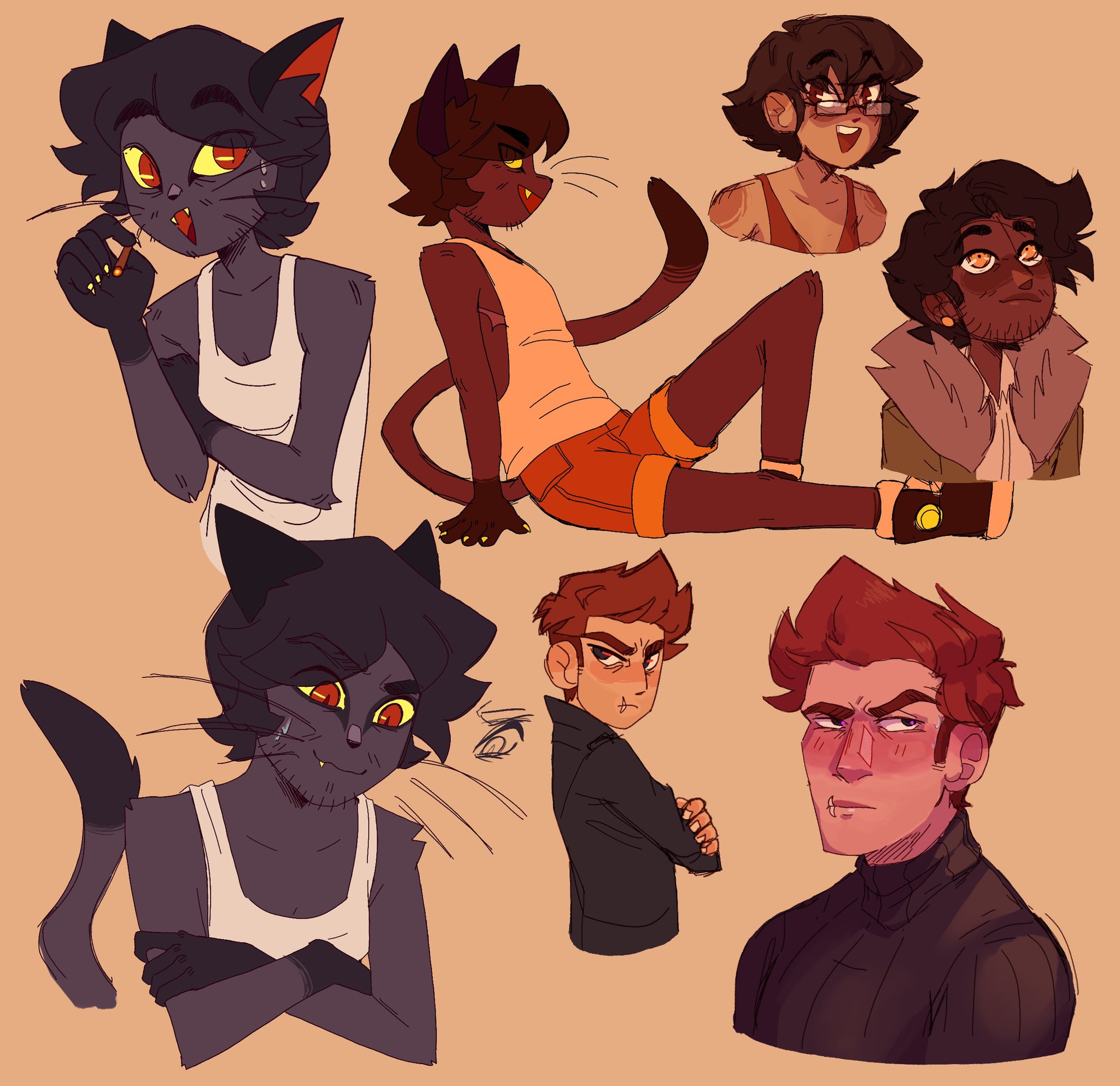 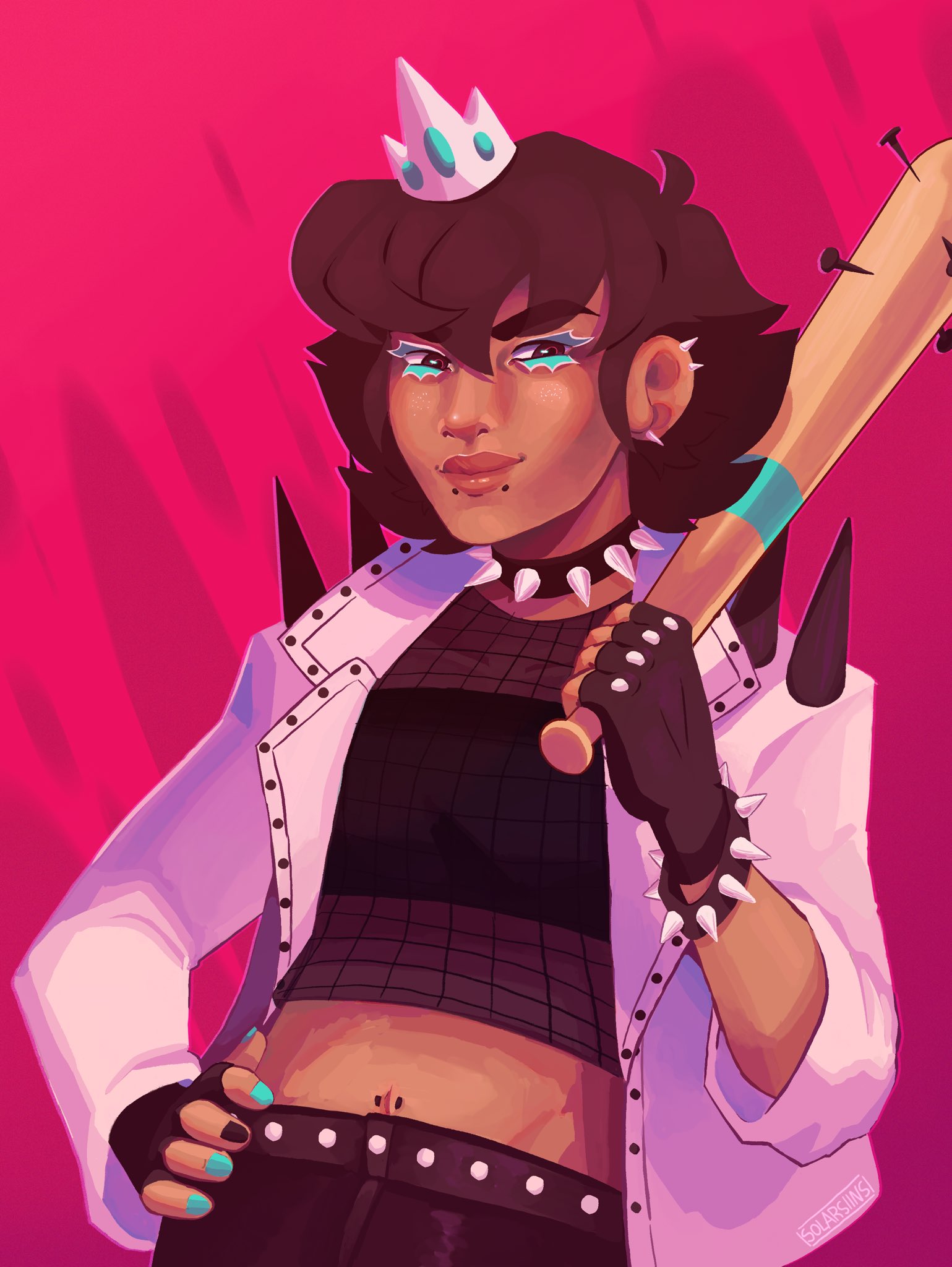 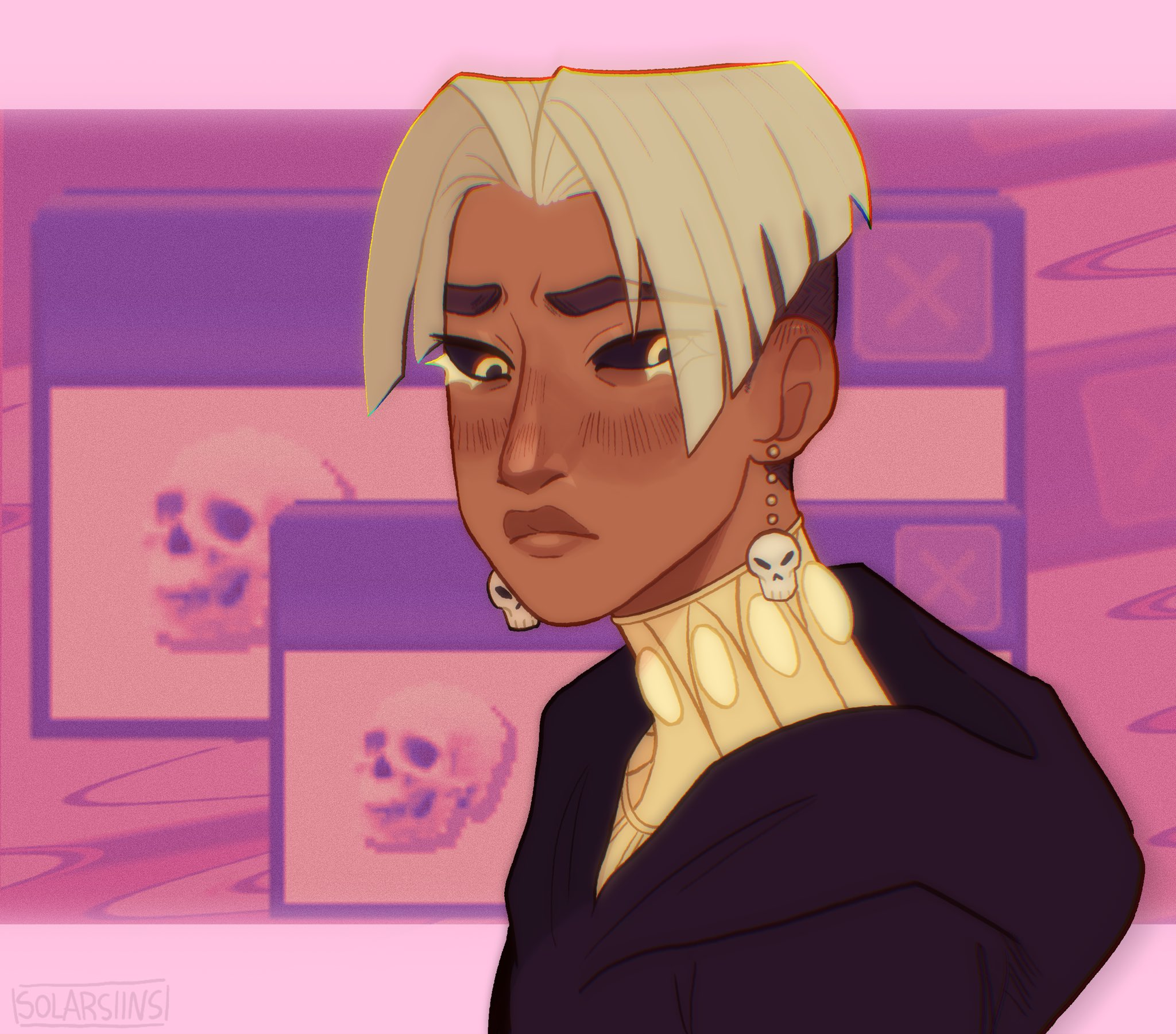 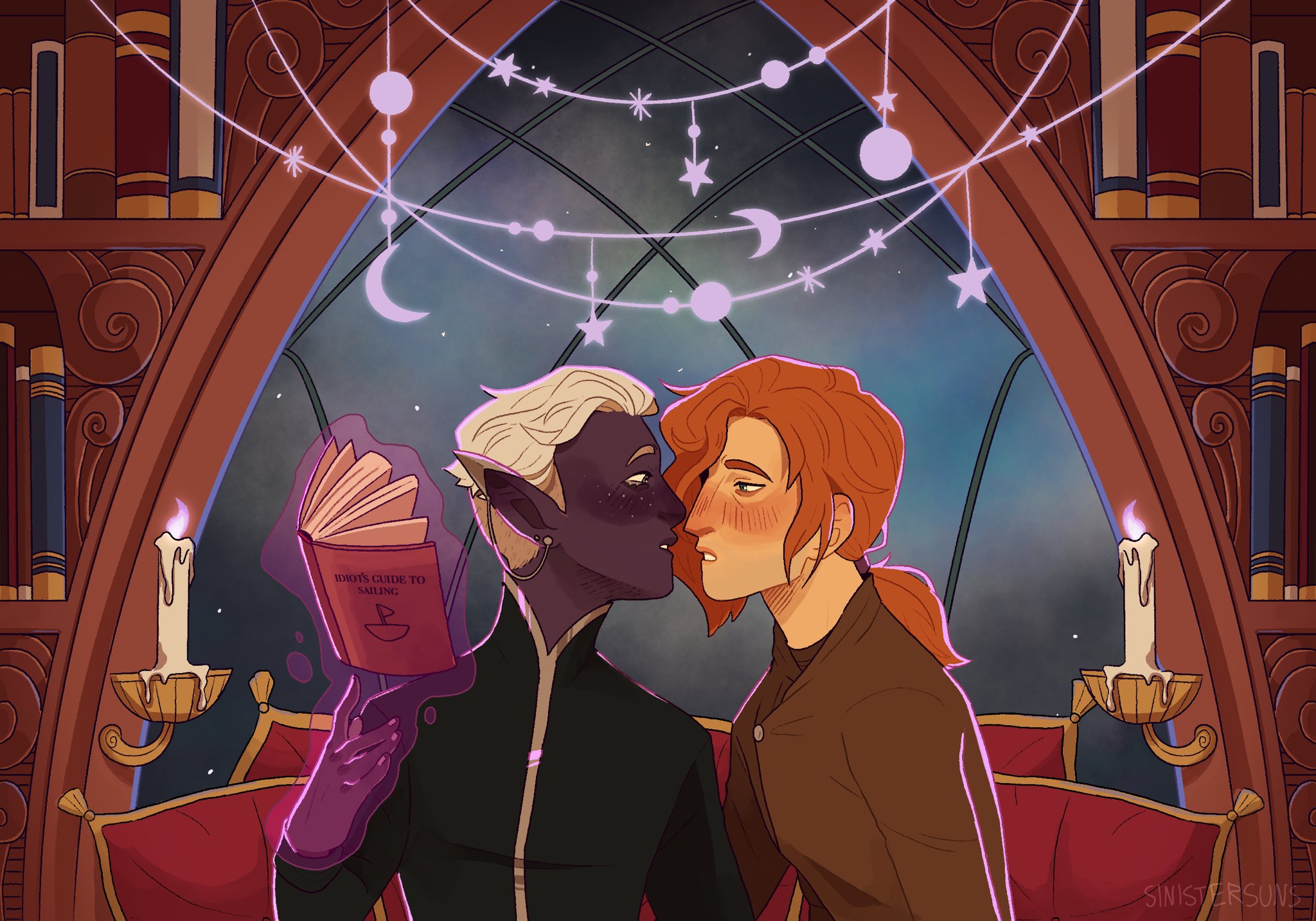 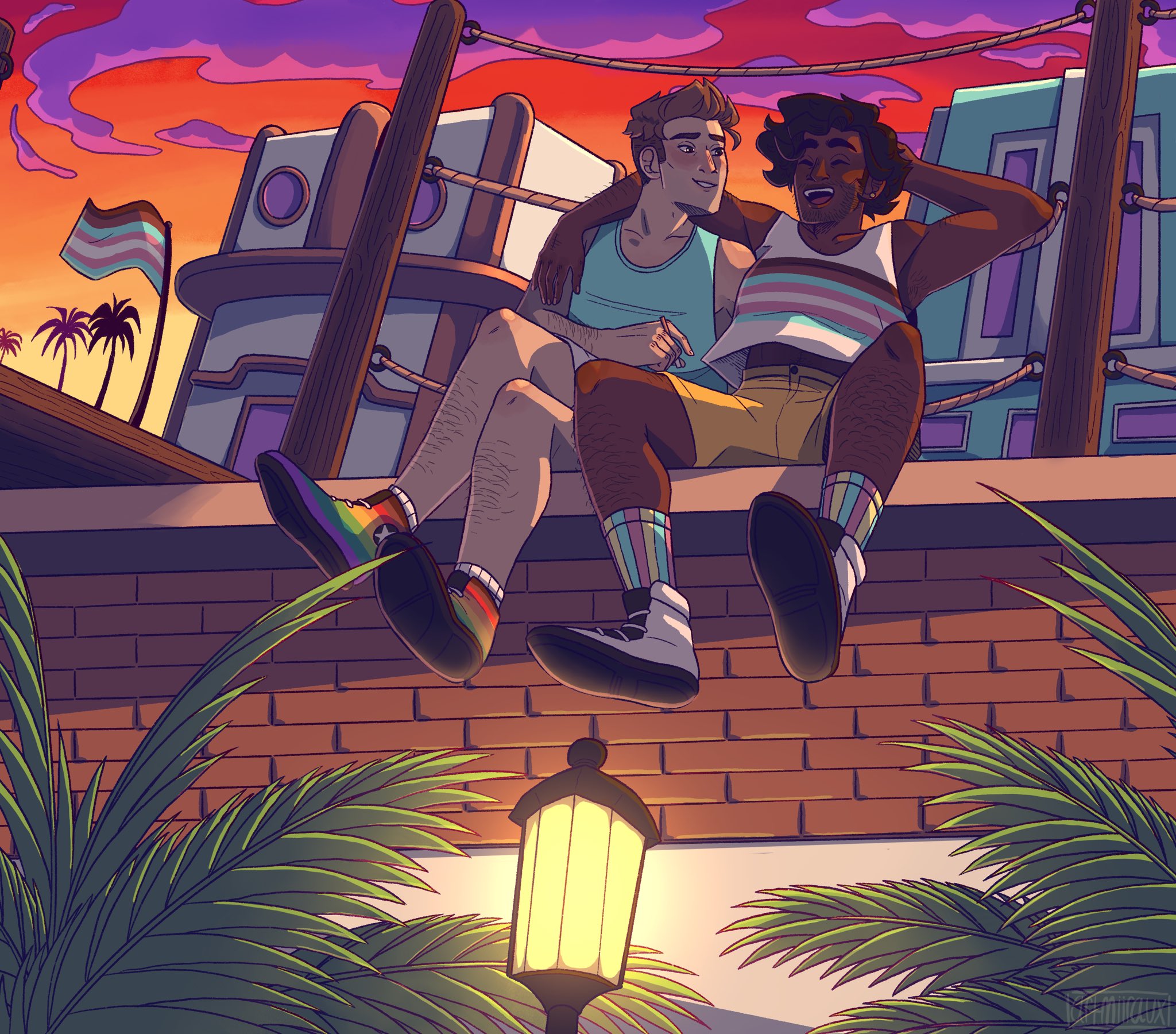 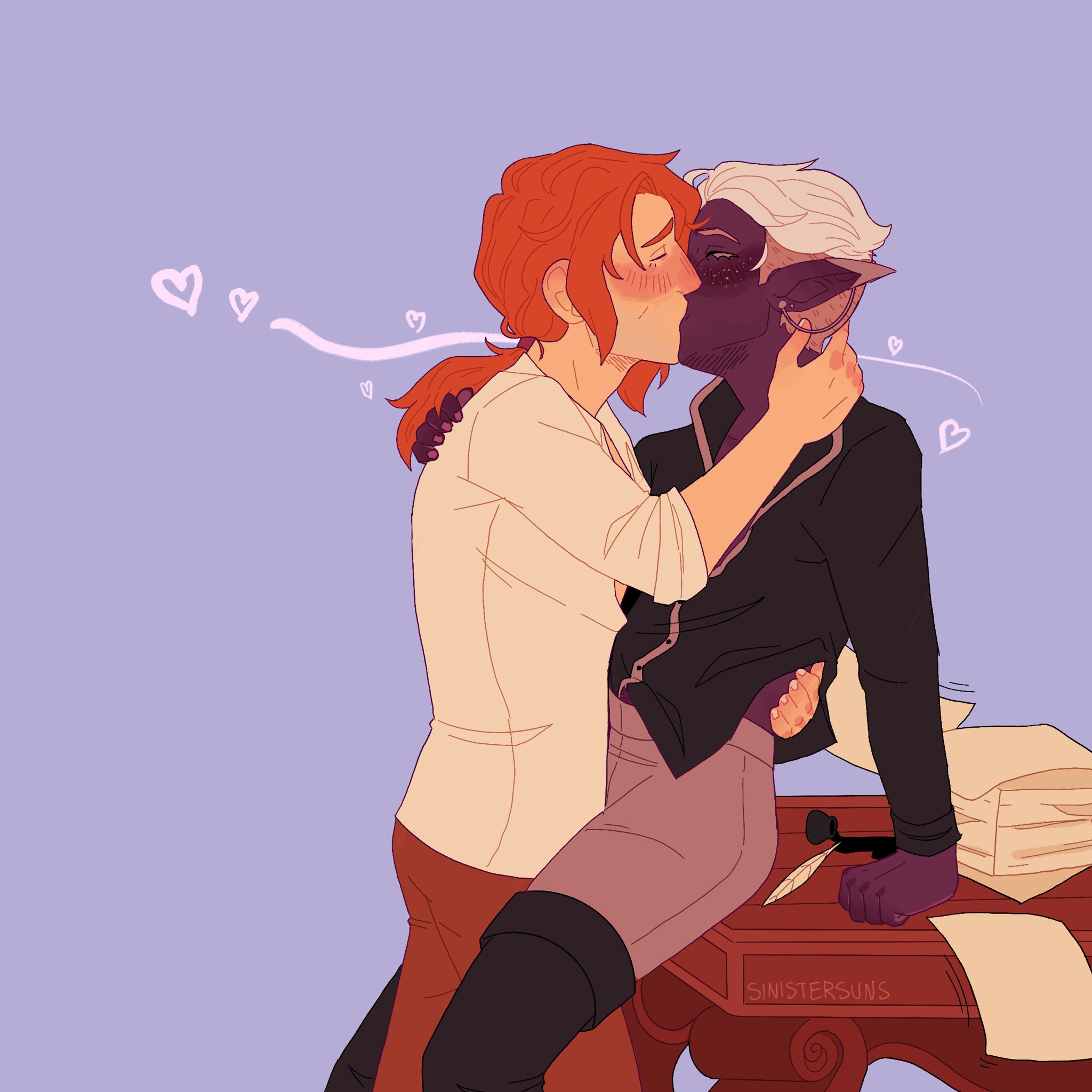 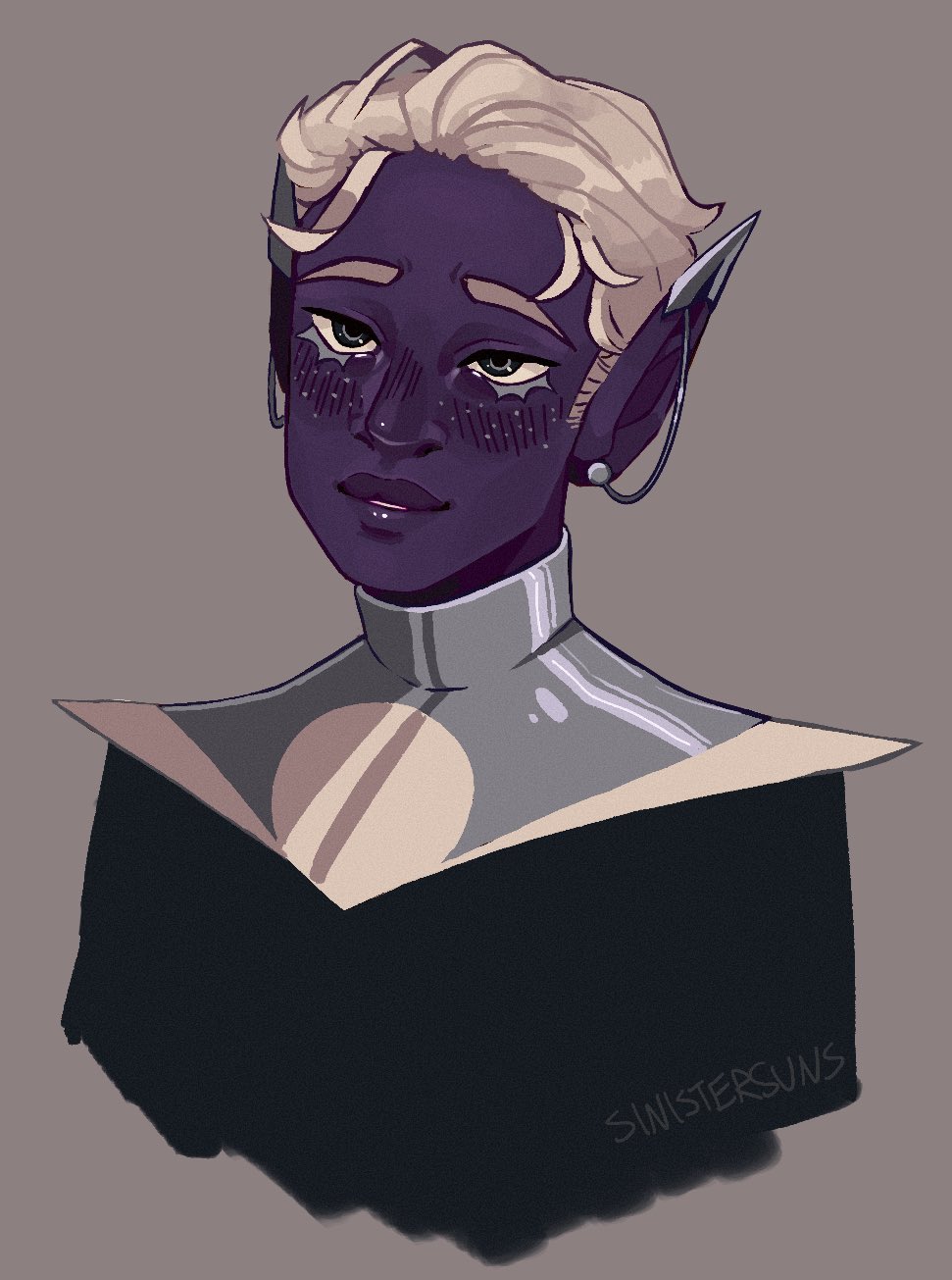 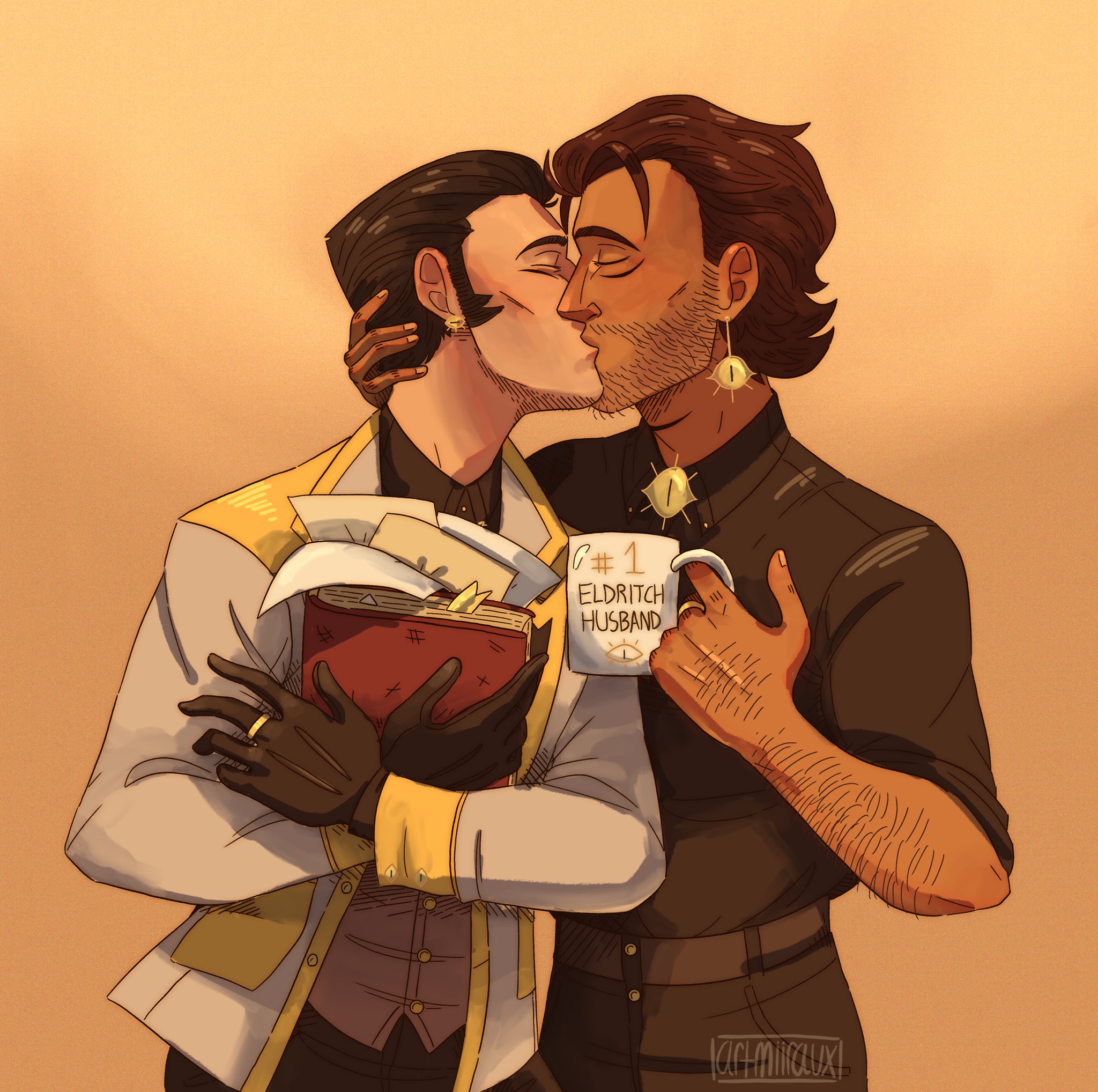 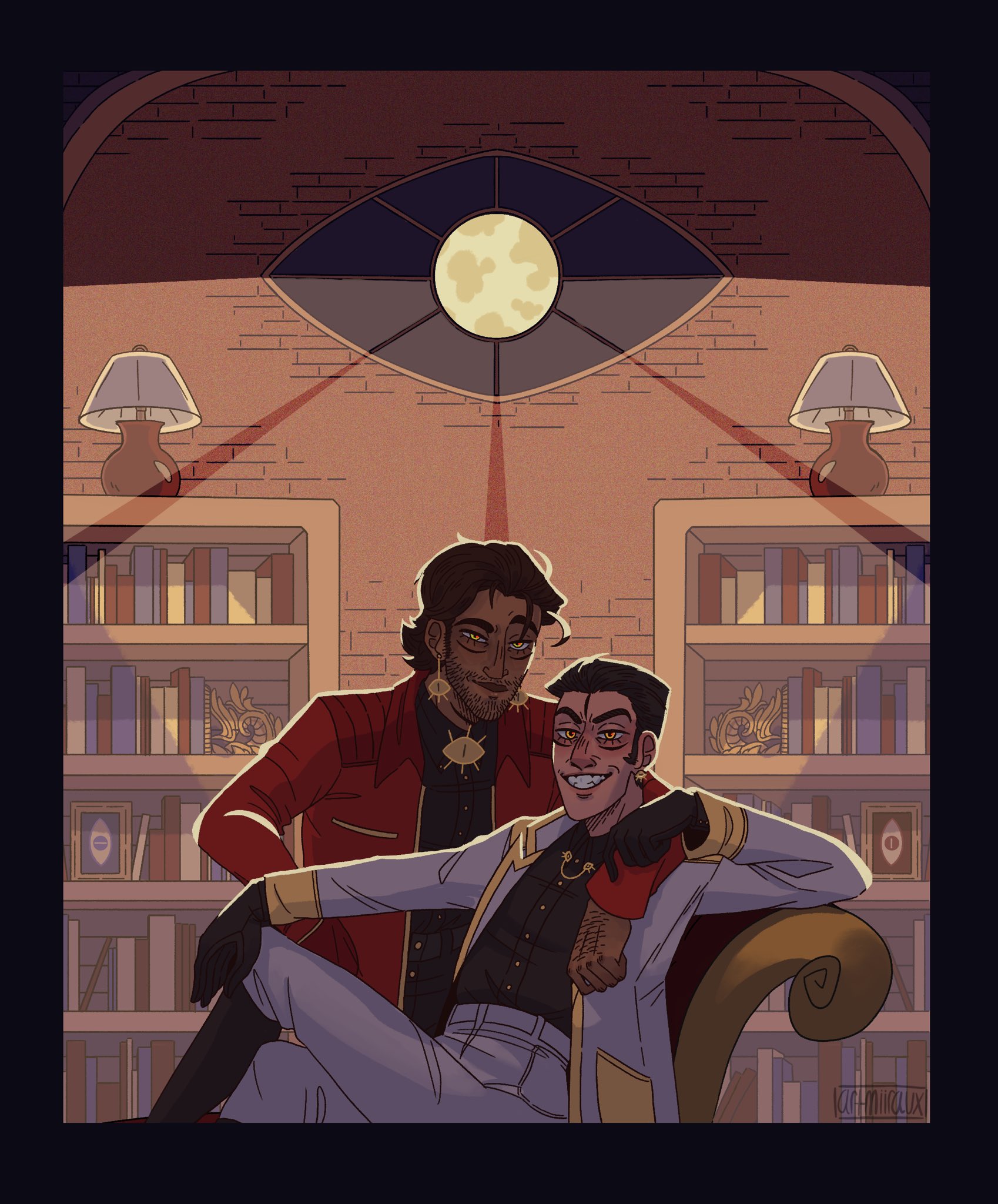 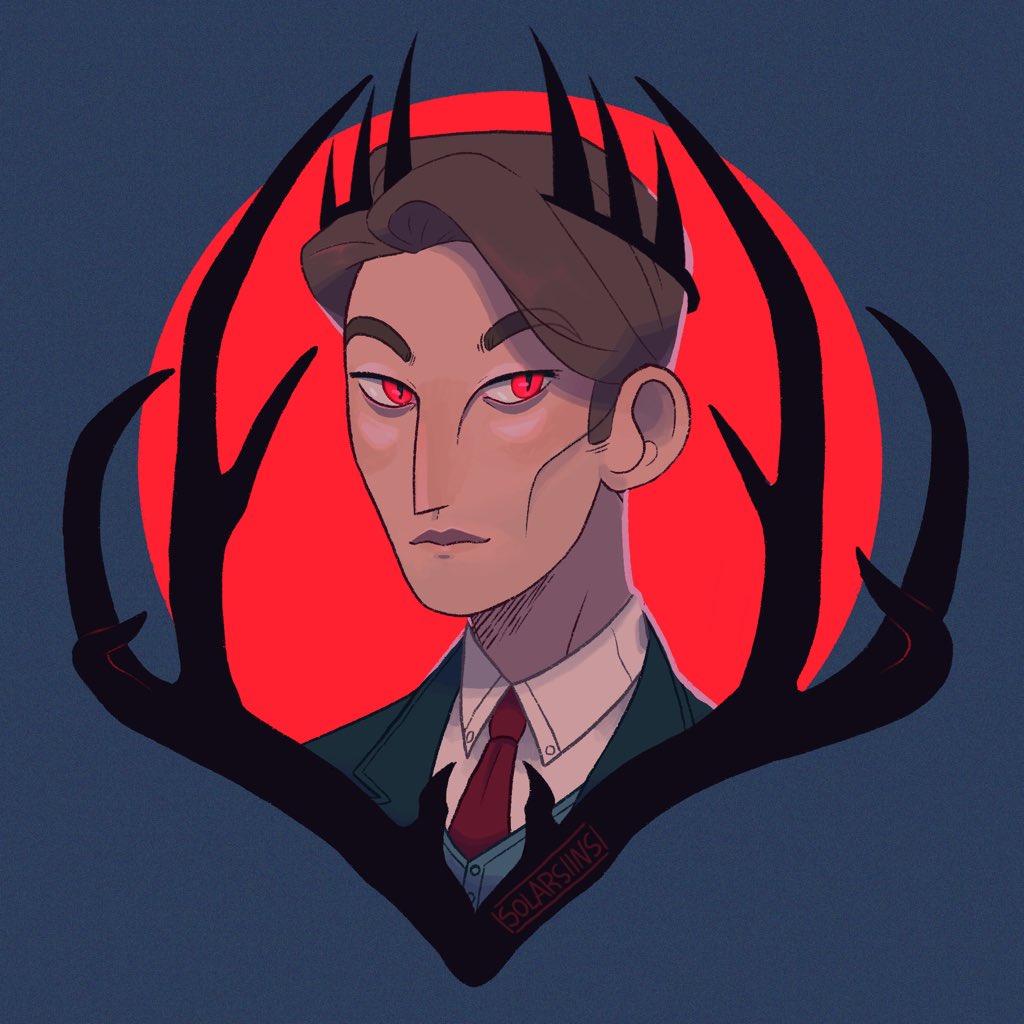 Currently working on a whole new site for From Ashes to Empires (FATE) lol. I already have so many but I think it'd be great to have a dedicated space for my story :'D I'm having a bit of trouble with the layout tbh, but hopefully I'll be able to sort that out soon! Oh also ya'll should go check out Darkened Paths!! It's a site that I made for my partner's story which u should absolutely read because it's amazing!! Also if you used to read warriors you'll love it.

How we doing boys. I personally would like to turn into just a floating consciousness and watch the world like it's a movie. Very tired, just want my abuser to leave me alone, but feeling bad for wanting that. F. Not sure why I'm the bad guy for just wanting to be left alone.

Man this complete site overhaul was a lot of work but definitely worth it!! I feel like my skills are improving really quickly :'D which is especially neat since I'm also working on university projects pretty much constantly. I didn't feel like remaking the FATE page though since it already looks really nice imo and I'm just. tired lmao.

Also it turns out one of the main reasons I was tired was salt. I literally just needed more sodium. Love human bodies.

Today was so busy oh my gods. I just had a lot of shit to get done around the house + we just got assigned a lot of homework again. It's fine though, I know my brain is just making a bigger deal out of it than it really is.

I'm really happy to have whitedesert up and running! People are enjoying it too :'D I just hope I'll have the time to work on it more w/ college and everything.

Oh okay. Okay now I understand why art students literally always have something due. Hm. Oh boy. One and a half days to do 6 thumbnails, 2 life-size sketches and 1 line drawing.... maybe that doesn't sound like a lot but I'm not used to drawing detailed shoes :') my back hurts.

Also I did figure out how to code some js on my own but man. It's still so confusing and I Don't Like Doing It. At least the end result is pretty satisfying.... when it works.

Holy shit. Fuck javascript. I'm pausing a tutorial I've been watching right in the middle of it to write this bc I'm so fucking frustrated--I've done EXACTLY what it said to do and it's still not working. Not even an error message, just N O T H I N G. Why does EVERYTHING have to be perfect. Why does NOTHING work. HTML and CSS are so simple to understand why can't js be like that too?? Genuinely what the fuck, I haven't been this annoyed in months. Why is getting shit to open a popup so damn difficult????

I was just thinking about why old internet aesthetics are so appealing to so many people bc like. I remember back in like 2009-2010 I was sometimes annoyed with how those old pages were set up (they were kinda hard to read tbf), but now I love them. Tbh I think it has to do with the monetization of the web. Everything is fuckin white/gray with minimal graphics and similar layouts for so many sites. Also, here's the thread that inspired this train of thought! Y'all should go read it, it explains the capitalism involved in this sanitization way better than I do.

Oh my gods deviantArt. Can we talk about deviantArt. I'm talking about it. What the fuck happened! Like bc I haven't used it for years I have literally no idea how to use this shitass new layout. All of the original charm is gone.... can you even customize your profile anymore?? It's so ugly and it's sad that it isn't the only site to do this shit. Does anyone else remember when youtube switched to their new layout in like.... 2013? 16? Idk. Anyway, yeah that sucked, it's so boring and customizing anything is awkward as fuck. *Hoooly shit I just looked at dA again and got genuinely sad. It's so fucking uglyyy.

So obviously the reason for this minimalizing/sanitizing of sites is bc it's what corporations think will "sell" best--why try something new when you could play it safe 'n "modern" 'n all. That's the reason I think old web/net aesthetics are so popular--they've actually got personality lmao, and aren't representative of soulless corporations. I love looking at people's abouts on neocities way more than looking at twitter or instagram bios. Like I don't even know you but your site is so nice looking that fuck yeah I'll read your 12 paragraph 4000 word life story. Like the least these huge sites could do is offer us more customization than dark mode, an icon, and a banner.

Some people like to argue that the new layouts for sites is more accessible and I do agree to a certain extent, but sites can be unique and accessible, y'know. You don't need eyebleed colors and flashing backgrounds to have a site w lots of personality. Correct me if I'm wrong but I think my story page is pretty accesible, yet still highly personalized. Oh also, corporations could provide a mode that allows people to turn on a more "modern" default display. It doesn't seem terribly difficult to implement.

Yoooooooo I swear I saw a ghost/spirit floating around upstairs last night. I've seen these white apparitions around my house a couple times throughout my life and like. My cats constantly track invisible things in the air w their eyes so I'm thoroughly convinced there's spirits living here w me. They've been chill though so I'm not worried. I'd like to try talking to them to see if they really do exist, but that feels like it might be disrespectful and I'd rather not live in a house with angry ghosts.

I used to not be superstitious bc I thought i was dumb but fuck it. I like the idea of living w friendly spirits. We are all simply vibing.

Oh I should probably mention the first one I ever saw was floating down the stairs of my basement--they were wearing this nightgown that looked right out of the 1930s-40sish and reading a book, but I'm not sure which. They also had their hair in a tight bun and looked like an old woman. Considering my house was built in the 30s, it makes sense that one of the spirits would look like that.

I love how all this turned out. Hopefully I'll actually end up using it, it'd be nice to have somewhere to go that doesn't hit you with "look at these cute cats" then someone QRTing "why all children should die: a thread" two tweets apart.

I just started art school today too! I'm nervous that Drawing 1 is gonna be boring tbh, since our homework was literally to just draw a bunch of lines (I know it's useful but I still don't like it lmao). Also, I wish the ableism in university, and really the U.S education system as a whole, was talked about more instead of like, hyperfixation discourse every week. Only being allowed 4 absences is kinda ridiculous ngl! And then, even if we're horribly ill, we have'ta get shit turned in or it'll dock our grades. Oh, and not to mention how hard it is to sit still for 2 and a half hours (I nearly fell asleep sitting up bc I've also been having some trouble sleeping). Like I'm sure this isn't unique to my uni but that's the problem and it reaaaaally deserves to be talked about more than tone tags or whatever else.

Wow it sure is nice to have a place to throw stuff into the void where no one can reply to it directly. Twitter usually makes me want to bite people.

All of these are 100% free to use with credit! Prior knowledge of HTML is reccomended, but I tried to make everything as easy to understand as possible if you're just replacing the placeholders. Editing the HTML/CSS is fine but I'd still appreciate credit for my code being used as a jumping-off point!

After clicking "download," ignore all the files in the center of the screen. Just hit the download icon at the top right of the screen. You'll need to extract the files from the .zip - easy for mac users since you can just double click the .zip file. Windows users may have to use something like winRAR.

Create a folder to keep these files in since it'll make organization easier. It doesn't matter what name this folder has, as long as all the files and folders included in the download keep their names.

If you have a text editor like Atom, you can edit the HTML file there. If not, neocities has a built-in text editor that works well. When you upload files, make sure you recreate what you downloaded EXACTLY in terms of folder names. This is so all fonts/images/etc works correctly. For example, if a folder is named "fonts" you should create a folder named "fonts" (case sensitive) in neocities' file uploader, then put all of the original "fonts" files inside that folder.